Of silence and acceptance…a revealing story 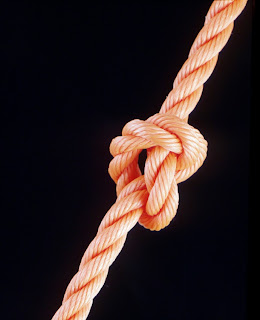 Delve into an atmosphere of deceit, silence, acceptance, and transformation in Sarah Khan’s story, “A Knotted Piece of Rope” in aaduna’s spring 2015 anniversary issue. Ms. Khan weaves a story that is timely and full of denial, mis-understanding, abuse, and love. Here is a short excerpt:


I was always hyper sensitive to my father’s approaching footsteps, all the time wondering what it was this time that I did wrong and how he managed to get it done right. My mother, a teacher in a government school was a hand to mouth sort of person who seemed to live under the family’s same roof like some deaf or dumb entity. How could she be so insensitive? I wondered that whenever I looked at her busying herself in the kitchen cooking dinner while father rampaged throughout the house like an angry ox, looking for some misplaced possession of his. She seemed to have sewn her lips together whenever father bellowed at her over silly pointless things. With me standing in a corner watching the scene with frightened big eyes, she acted like she was immune to such harsh words. But that behavior sometimes cost her much more than his hisses and abusive words. I remember one year ago when father was far too enraged to tolerate this seal-my-lips attitude of my mother.  He thrashed her on the cheek. I didn’t know how severe the injury was until I saw her nursing her reddened cheek later.

Read Sarah Khan’s complete story in the forthcoming spring 2015 anniversary issue of aaduna.  Launching in less than a week!