aaduna + Tubman – Reflections on being there when… 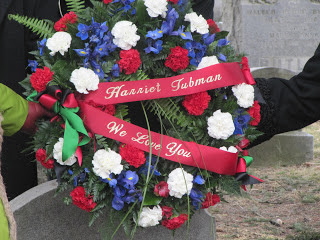 When aaduna started publishing in 2011, the journal provided a direct link to information on an American hero, Harriet Tubman, who is buried in Fort Hill Cemetery, Auburn, NY, the home of aaduna, as well as the Harriet Tubman Boosters Club’s work to promote the legacy of Tubman.  Back then, the rationale was to ensure that as aaduna developed its expanding national and global audience, readers would get to know a cornerstone of American history – a woman dedicated to social justice, peace, human and equal rights, and the dynamic role of women in creating significant societal, political, and economic change. 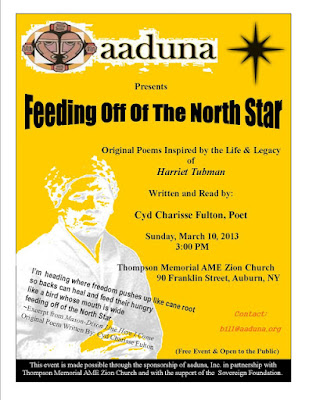 When Tubman’s 2013 centennial was   approaching, a year earlier, aaduna partnered with poetry contributor, Cyd Charisse Fulton, to present her original poems inspired by the life and legacy of Harriet Tubman titled, “Feeding Off of the North Star” at Tubman’s Thompson Memorial AME Zion Church located on Franklin Street in Auburn.


This reading occurred on the 100th anniversary of Tubman’s passing, March 10, 2013.  Fulton started to write her Tubman collection after visiting the Tubman gravesite while in Auburn the day after reading her poems at The Seward House Museum. 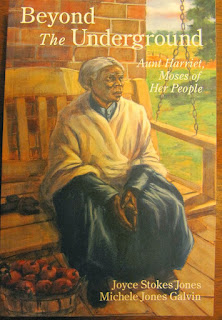 Continuing its connection to Tubman, aaduna published excerpts from the eventually published Beyond the Underground: Aunt Harriet, Moses of her People penned by Michele Jones Galvin and her mom, Joyce Stokes Jones.  The book is a creative non-fiction portrayal of a family member based on genealogical research and their family ties to Harriet Ross Tubman, Conductor of the Underground Railroad. It chronicles the Tubman saga from the survival of the Middle Passage to slavery on the Eastern Shore of Maryland to freedom in Canada, and then settling in Central New York.

From a different avenue, aaduna Board of Directors member Sean McLeod, an internationally recognized and respected choreographer, years earlier wrote a theatrical piece that presented and celebrated the legacy of Tubman, a fact aaduna realized in 2013.


A few years ago, aaduna worked with Auburn community agencies and the Cayuga Community College Foundation to present a dramatic rendering about Tubman by a Maryland based theatre company. 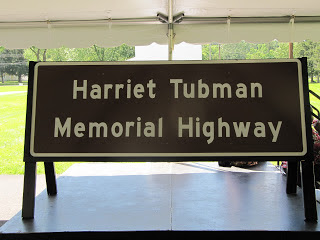 aaduna + Tubman has a rich history.   From its involvement in getting a street named after Tubman to its publisher’s volunteer work at the Tubman home site, aaduna is proud to join with others around the nation [and world] to celebrate Tubman’s presence on the forthcoming new Twenty dollar bill.


aaduna recognizes the efforts of others in this initiative, and gives a “shout out” to Asantewaa Harris who continues to extol the spirit of Mother Tubman at the United Nations and other places.

Harriet Tubman on a U.S. twenty dollar bill. Imagine that and then celebrate! 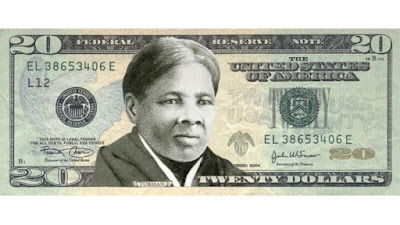