When is waiting a joy and not an inconvenience? 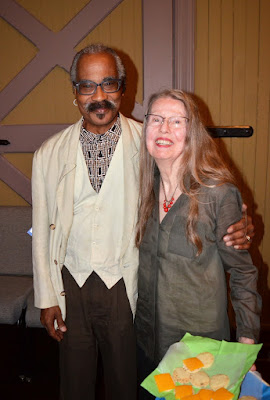 Well, if you are a fan of the ‘word’ then you wait with a joyful expectation for the next book, collection of poems, essay, play, lyrics, screenplay or any other creative endeavor that centers around a special person weaving and positioning words in forms that intrigue, empower and stretches our imagination and sense of our life.  And your joy will continue to broaden! bill berry, jr. and Elinor Cramer On Thursday, September 14, Syracuse based poet Elinor Cramer kicked-off the fall 2017 season of “ word, revisited ,” a bi-monthly literary program produced by The Cayuga Museum of History and Art , Olive Trees , and aaduna . And she created a wonderful ambiance of celebration, pathos and intriguing poetic tales of the colorful denizens of a cooperative apartment called the Mayflower from her recent chapbook aptly titled, “Mayflower.” Ms. Cramer wasted no time in capturing her audience’s imagination and creating an ambiance where her characters became real and
Post a Comment
Read more

POP THE CORK!!!! The aaduna summer 2017 issue HAS LAUNCHED 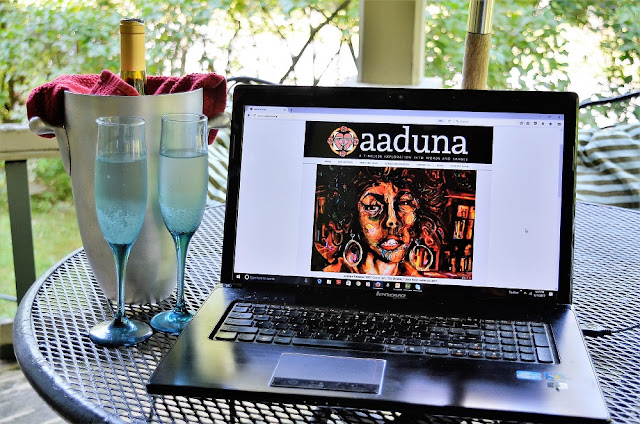 Go to www.aaduna.org and click on current issue. Read it. And then… You decide its value to you.  We think you will be enlightened and challenged after reading and seeing what this issue contains whether you are in agreement with what you experience or not.  You decide. Stay creative,  bill _____________________________ aaduna   - an online adventure with words and images - a globally read, multi-cultural, and diverse online literary and visual arts journal established in 2010.  Visit us at  www.aaduna.org  where we put measurable actions to our words. Help us build community!   Share with your friends,  "like" our  Aaduna-Inc  facebook page and follow us on twitter  @ aadunaspeaks  !     aaduna-Inc   Visit regularly for updates !   @ aadunaspeaks
Post a Comment
Read more

Let me introduce my colleagues and members of our community… 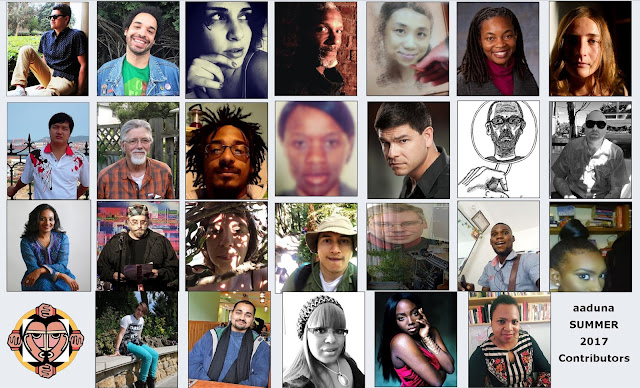