Is a photo worth a thousand "words?" A Follow-up, of sorts. 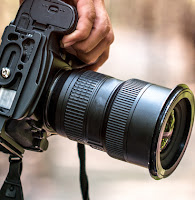