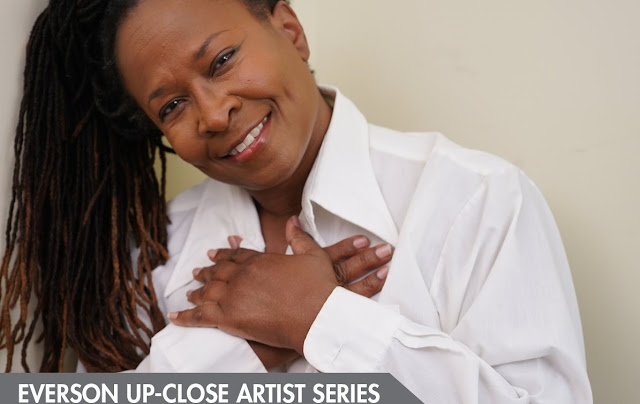 From January 15 to March 15, 1993, bill berry during his tenure as executive assistant to the college president, served as chair of the Rockland Community College (SUNY) African American History Month Committee. In that role, he developed and brought to life, “There is A World Through Our Eyes: Perceptions and Visions of the African American Photographer.” Curated by photographer, Collette V. Fournier, the exhibition was mounted throughout Rockland County using exhibition space at the Rotunda of the college, Rockland Center for the Arts, Arts Alliance of Haverstraw, Arts Council of Rockland, and the Blue Hill Cultural Center.   Featuring 23African American photographers, 5 Black lithographers and one sculptor, a native of Hungary, this show helped transform the overall cultural landscape of that county is terms of the diversity of creatives who were eventually given exhibition space. One of those “There is A World” photographers was Ellen M. Blalock.   "A New Rite; White Face,&q
Post a Comment
Read more
More posts