THIS IS THE WAY WORDS and LITERATURE ROLL!

The Cayuga Museum of History and Art , in an exclusive partnership with Olive Trees and aaduna , is continuing its second season of literary readings, which remains dedicated to promoting writers and writing. word, revisited is a bimonthly, community program exploring original writing in all its diverse, intriguing, provocative, and exciting forms on the 2 nd and 4 th Thursday of each month thru to mid-June 2018. Stephen G. Eoannou (google images) On March 22 , Stephen G. Eoannou will be the featured reader.   His first story collection, Muscle Cars , was published in April 2015 by the Santa Fe Writers Project. These stories have appeared in a number of literary journals and magazines including The Saturday Evening Post , Hayden’s Ferry Review , Rosebud , and The MacGuffin . His work has been nominated for two Pushcart Awards, awarded a Honor Certificate from The Society of Children ’s Book Writers and Illustrators, and received the Best Short Screenplay A
Post a Comment
Read more

If it is Wednesday, then it is time for Avenues and Poetry 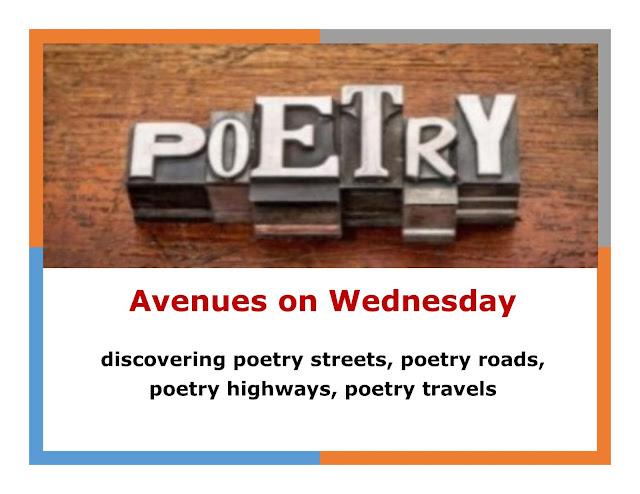 Godly Foibles, In Fresco Of Silence Abandoned And befallen – gods of no-land Trespass the moon So black In a fresco of deep silence Like a solo drop Of dusk – as godly foibles As if dying In lowly fables Shredded And so camouflaged, Nocturnal truth Of infernal desires speaking afar At a remove From the earthly soil Thus spoke The spell of oracular lies As the gods fumbled In celestial fuss to reverberate In teardrop shadows - unfettering hundreds of lives From the fiasco Of unholy war as lowly As godly disdain Forbidden far from the heaven Thus, As the fresco of silence Smacking - of an epic delusion Dies a demise Of godly death, forthwith And the fiasco ends there In godly foibles And in godly disdain... As god dies A demise of oracular truths, as if A non sequitar … In a fresco of silence. *** Glass Onion: Like Dying of Not One’s Own Tears and Pains Evolving And
1 comment
Read more
More posts