Showing posts from February 9, 2014
Show all

aaduna is Gearing Up for… 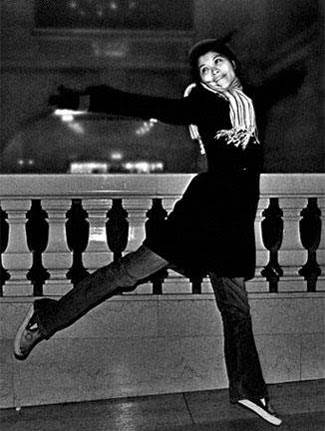 No, we are not talking about the Winter Olympics  or the new host of NBC’s late night talk show.   I guess we do have opinions about both events.   Nevertheless, let us move on to what we consider "more pertinent literary news." Theodora Ravago, Web Designer (photo provided) We are getting ready to present the third anniversary issue of aaduna.   With grant support from the Sovereign Foundation, the web site is being re-designed by Syracuse , New York based web site designer, Theodora Ravago. This anniversary issue will officially re-open the visual arts galleries premiering images from an artist  based in Trinidad-Tobago and also featuring new work from former contributors based in Paris , France and Warrenton , Oregon .   We will promote and publicize the artists and writers featured in the next issue in a week or so.   Check back with “aadunanotes”…more information is on its way!   Now, besides the anniversary issue, here is more news . aaduna, Inc. wi
Post a Comment
Read more
More posts