Without further delay....  Thank you for your patience and continued interest in what we do...bringing you the most vibrant voices in poetry, fiction and non-fiction, as well as visual artists who tantalize and bring exciting images to your mindset. With this our Third Anniversary issue, we introduce our new website designed by the Banwa team and welcome the site designers Theodora Ravago and Christopher Gannon to the aaduna community of writers, artists and creative people. Blast us to your social media platforms.   And read what we offer! www.aaduna.org aaduna cover art, "Boho Dancer," artist, Manya S. Goldstein (c) 2014 We congratulate our winter/spring 2014 contributors and trust that you will enjoy their work.  Contact us and tell us your impressions.   If you haven't done so already - like us on facebook!  Aaduna, Inc  Follow us on Twitter @aadunaspeaks Help us build upon our aaduna family- now read in 64 countries around the globe!  ww
Post a Comment
Read more

Would You Be Able to Stand on One Foot? 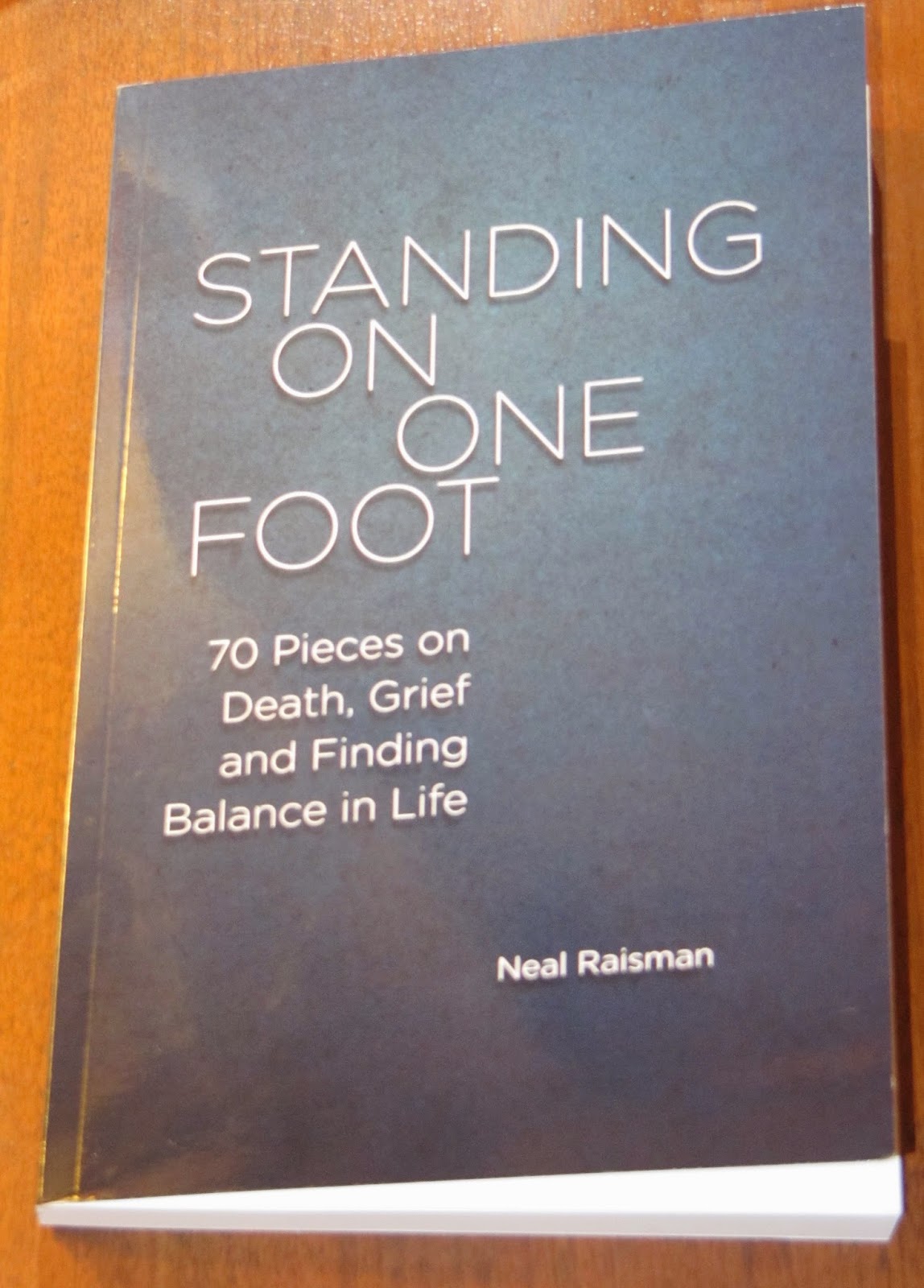 Photo by: Lisa Brennan, aaduna visual arts editor While we wanted to publish an excerpt before it was officially released and the author was willing, we allowed other tasks to get in our way.  Last year, I read the finished, unedited manuscript, and received in today’s mail the softbound copy of Neal Raisman’s Standing On One Foot 70 Pieces on Death, Grief and Finding Balance in Life (The Administrator’s Bookshelf, 86 N Cassady Avenue , Columbus , OH 43209 , www.adminbookshelf.com. I have known Neal and his family since the early Nineties and knew Isaac, his son, who died at the age of 26 in 2005.  [I placed dirt on Isaac’s casket.]  The book chronicles in a very intimate and conversational way, the path Neal, his wife Aileen, and their daughter Shana were propelled to take as a result of Isaac’s unexpected passing.  It is a poignant story, one that you might not expect. Here is a brief excerpt from the opening page: Most books on grief and the death of a child
Post a Comment
Read more
More posts