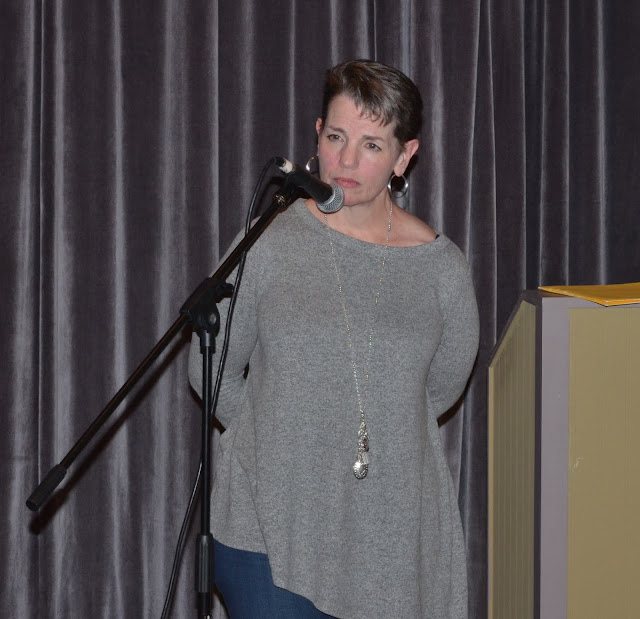 Jennifer Maloney, "word, revisited" featured poet, playwright and author, Carriage House Theater, Auburn, NY  October 10, 2019 We all know and have experienced {I suspect} occasions when words do not adequately convey the dynamics of a special, magical moment. For an audience of wordsmiths, to achieve that level of respect and admiration is testament to a profoundly entrenched creative spirit. A spirit that knows how to weave words into complex emotions; to position poetic phrases to elicit humorous moments filled with the complexities of pathos and ethos. To inspire and have listeners explore individual worlds that define who that person is to themselves as well as to others. That is talent, and that is Jennifer Maloney. https://youtu.be/yoV4cGyUAQk Her featured presentation at the October 10th session of " word, revisited " at the Carriage House Theater, Cayuga Museum of History and Art is best expressed in photos. Words may not do
Post a Comment
Read more

On an evening noted as the last Thursday in September 2019 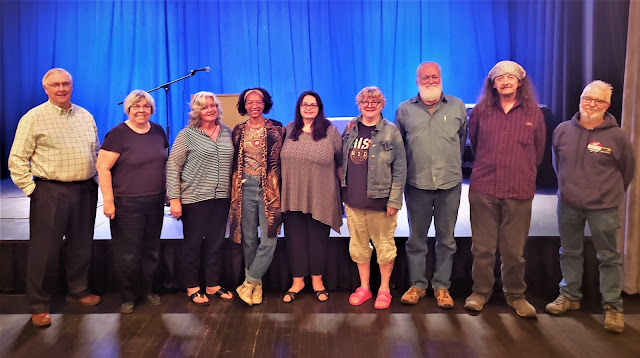 September 26, 2019 "word, revisited,"  at the Carriage House Theater, performance space of the Cayuga Museum of History and Art, Auburn, NY. Left to Right:  Jim Brady, open mic; Crystal Pierce, open mic; Heidi Nightengale, open mic; Dionna Vereen, featured poet; Laura William French, open mic;  Rachael Ikins, open mic; Dan Cleveland, open mic; Ron Van Nostrand, M.C. and publisher/Olive Trees, a  close to 30 years print zine; and   Jim Ellis, open mic. Those that came to the Carriage House Theater (Cayuga Museum of History and Art) Olive Trees’ and aaduna’s “bi-monthly ‘ word revisited’ event on September 26th were treated to an amazing performance, a soliloquy of words and even educat[ion] regarding a poetic form. Dionna Vereen performed two pieces that not only were meant to be heard, but to be seen and to be felt. She also taught us how to put together a contrapuntal poetic form and also shared with us her anthem, which she wrote from a prompt given to her at
Post a Comment
Read more
More posts