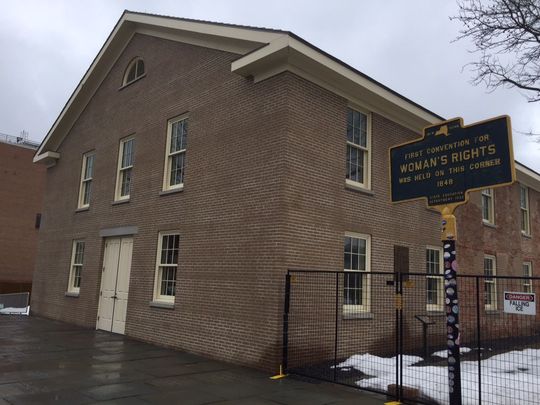 Women's Rights National Park, Wesleyan Chapel, Seneca Falls, NY     The United States' first women's rights convention was held in Seneca Falls, New York in 1848. Approximately 300 people came together in the Wesleyan Chapel to discuss the "Social, Civil, and Religious Condition of Women." On the second day, 68 women and 32 men signed the Declaration of Sentiments. This document inserted the important words, "and women", into the familiar sentences of the Declaration of Independence and demanded women's equality under the law and beyond. Several years before organizing and attending this convention, in 1841, Lucretia Mott reminded a group gathered in Boston that "you have pens and voices." aaduna remembered the social activism that sparked 19th century grass roots movements by continuing that tradition in 2018 by embracing Mott’s clarion call regarding “pens and voices.” On November 10th in recognition of the 203rd
Post a Comment
Read more
More posts