India Festival on Long Island - a Hit! The recent LMAO show did just that... 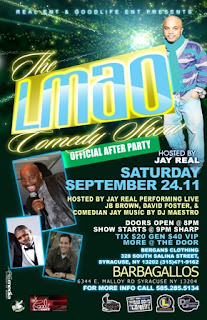 This video was prepared by Long Island photographer and businesswoman Marilyn D'onofrio and documents an event that was a festive affair!  http://animoto.com/play/EwT2NCJsa4tukBP31TsQIA?utm_content=main_link One can always expect a "wild ride" when comics are on point and you happen to catch their eye and then become the fodder for repetitive jokes.  But it is all good because you know that eventually they will move on to another "victim" and the performance is in good fun.  The Bergan Brothers Clothing Store recently hosted the LMAO Comedy Show in Syracuse and the audience did in fact laugh their ----- off!  The show was clearly for the mature/adult audience with hilarious fun and laughter.  And in these times, that is good medicine.
Post a Comment
Read more
More posts