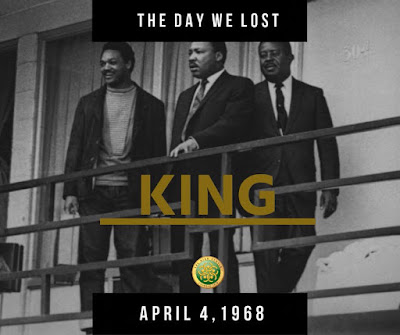 April 4, 1968, Lorraine Motel, Memphis, TN…the world lost a powerful monumental figure who influenced generations of people around the world.   On this Wednesday, we commemorate the death of a pioneer for social justice, civil rights, and racial equality through nonviolence activism, and in doing so, we remember the assassination of the Reverend Dr. Martin Luther King, Jr. Decades ago more than once, aaduna’s publisher visited the Lorraine Motel, which had become part of the National Civil Rights Museum. He witnessed and gave testament to the unchanged room that Dr. King stayed in, and the infamous balcony that is burnt into America’s consciousness, serves as a juncture for the ongoing dialogue on race, and a pivotal “exhibit” for the museum.   As an added feature of today’s “Avenues on Wednesday,” a piece that bill berry, jr., as chair of the Harriet Tubman Center for Justice and Peace, wrote specifically for and initially delivered at a March 10, 2018 Harriet Tubman
Post a Comment
Read more
More posts