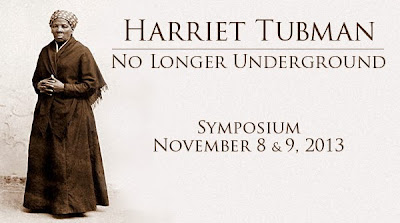 As you know, aaduna celebrated Tubman’s Centennial in March on the day that she died 100 years ago. Since the Tubman recognitions have been worldwide, we thought our readership would like to know about the following event: On November 8 and 9, 2013, Cayuga Community College will host “Harriet Tubman: No Longer Underground,” a two-day symposium marking the centennial of the death of Harriet Tubman in 1913. Co-Sponsored by the Harriet Tubman Boosters Club, the Seward House Museum, and the Women’s Rights National Historical Park, the symposium will celebrate the life and work of the heroic African American woman who escaped slavery, conducted other slaves to freedom through the Underground Railroad, served the Union Army during the Civil War, and worked as a humanitarian and advocate for women’s rights throughout the 50 years she lived in Auburn, New York. The program will include leading historians presenting new research and insights about Harriet Tubman, highlighting th
Post a Comment
Read more
More posts