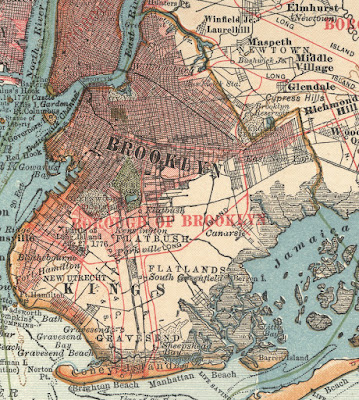 Brooklyn, NY. There was a time in New York City’s “recent” history where that borough was seen has a wasteland where certain neighborhoods were marked as criminal, violent and generally unsafe for people to live there and businesses to thrive. Manhattan was the mecca, the jewel of NYC. Brooklyn ( c.  1900), detail of a map of New York City from the 10th edition of  Encyclopædia Britannica . Now, Brooklyn in the 19 th century was a city that eventually was annexed by NYC when the Brooklyn Bridge was designed and built. Even back then, it was a thriving amalgamation of people and cultures and did have its share of urban blight and neglect by governmental authorities. In more modern times as rents skyrocketed in Manhattan, certain neighborhoods in Brooklyn close to the  Brooklyn and Manhattan bridges became an alternative to Manhattan and a new “mecca’ for young urban professionals and the resulting gentrification. Other neighborhoods were a mecca for creatives, especiall
Post a Comment
Read more
More posts