March 02, 2012
I am White. I am not unproud of it. Even here I can’t say I’m proud of it or people immediately put white sheets on you. I am White. At least, by American government standards when you have to fill in the bubble. My family has Native American blood inserted somewhere. That doesn’t count, though. For all intents and purposes, I am as White and European as John Smith. Hell, John Smith may as well be my father. I am white. I am Irish, German, French, Scotch, Welsh. White. But that’s only on the side that cared enough to trace lineage. I’m sure the whole continent of Europe – East and West – is represented in my single white composition. I’m sure that there are drops of Black somewhere, but I can’t claim that. They won’t let me. That’s worse than claiming Native American. I can’t be Native. I can’t be Black. I can’t be Asian. I can’t be Latin. They won’t have me. Therefore, I am White. I am not a racist. I am nervous Read Ami Danett's full story in the current issue of aaduna
2 comments
Read more 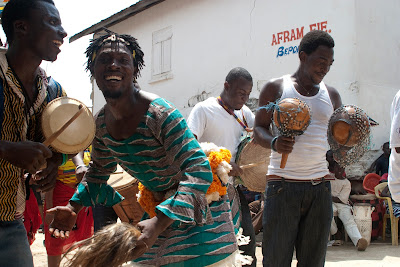