This ain’t “Empire,” “The Revenant,” or even “Game of Thrones”…this is REAL life! 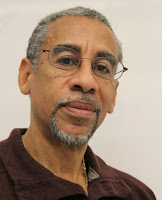 I am willing to bet that if we were able to transition the coming “Conversations” to a televised program, our stories would be compelling, factual, and raw documentaries rather than screenplay contrived soap operas, reality series, or made for TV dramas.     Simply, aaduna provides the platform for real people to chat unscripted and unedited with no advanced knowledge of questions or comments.   And these conversationalists represent the life journeys that you and I and others go through or have gone through on any given day or night. It is always enriching and confirming to hear, bear witness to, and embrace the truth as articulated by other people that we may never meet.   The universality of experiences becomes the resting place where we can find solace, advice, or validation.   Think of “Conversations” as honest exchanges between two people.   You get the opportunity to witness and read a chat…an exchange…a sharing…a conversation, and then are able to re-capture and analy
Post a Comment
Read more 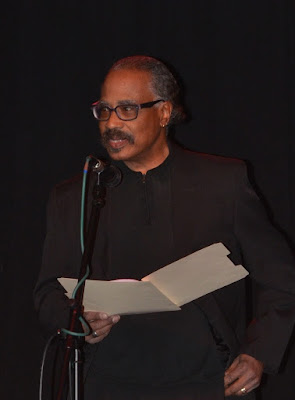 bill berry. jr., CEO/aaduna Inc. and Publisher/aaduna.org In a rare reading, aaduna's publisher, bill berry, jr. spoke at today's "MLK Jam Night" sponsored by the Diverse Auburn committee of the Harriet Tubman Center for Justice & Peace.   In an essay titled, "Something to Think About," berry offered a glimpse into other King writings besides his celebrated "I Have a Dream" speech.  Using direct quotes and his own commentary, berry succinctly presented another facet of the King legacy that keenly identified the racial, social, and economic ills that have not been resolved in America since 1958.  And he pointedly reminded the multi-racial audience of adults and children of the importance of this year's presidential election especially the president's role in appointing Supreme Court judges. Heidi Nightengale, poet  The evening was filled with song, poetry, and MLK themed video presentations by Auburn's children.
Post a Comment
Read more
More posts