It is Time to Think and Decide… 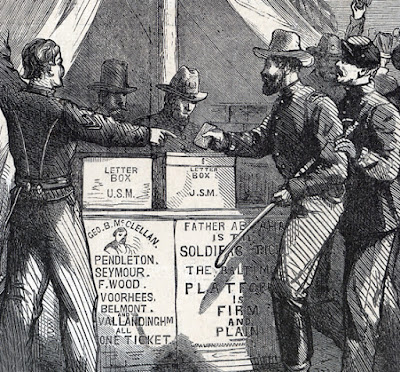 "Election Day, November 8, 1864," Thomas Nast, Harper's Weekly, November 12, 1864 I had planned to post a blog with my sentiments about the aftershocks of the U.S. presidential election after November 8 th (since “election day” is my Birth Day by the way.)  However, the current mood of America appears to coalesce around possible post-election violence if the wrong candidate wins; major schisms predicted in the very fabric of the democratic process, and a country severely divided.  So, here is what I have to s ay. The United States as a democratic, diverse, and pluralistic society has a documented history of divisions.  The war between the States simply called the Civil War; racial disharmony that imprisoned Japanese Americans, denied African Americans civil and human rights, denigrated Vietnam military personnel, and years later LGBT people; the fight over women’s rights to control their bodies; the culture wars…perceived and real; the conflicts over the
2 comments
Read more
More posts