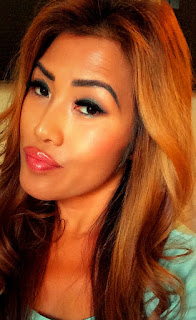 DARK WITH NO STARS AND THE BOONDOCK SAINTS You felt the ego slid across a pale torso, sinking into the down memory lane. Through hazy curtains of frothy gin, you slowed near dark with no stars, west to the rearmost quarters where lit neon of the Boon- dock Saints stunted green, teethed with the swirling whorls of your heretic-form collapsing into a mamba of cigarette ash. You walked on, walking the holed street of Toulouse, hallelujahs trickled from tiny wounds of yellow-eyed streetwalkers, gusto with which a rivulet of cello and violin bunched by the rising point of chicory on white-bellied birds. In the red sweeter mouth, your tongue worked lost braiding calypso, tendrils collaring flat, like dead sons felled still on battlefield. © 2016 Lana Bella                               Nha Trang, Vietnam   Lana Bella (photo provided)               * * * Oracle
Post a Comment
Read more 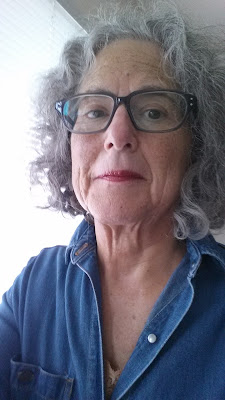 Binge Temporary loneliness makes her eat a little crazy, knowing she'll sweat it off later. A bowl of honey-nut Cheerios, four caramels, a handful of almonds, a handful of gobbled chips. My God, it hits her as it has too many times, mouth full.  My mother did this.    Every morning on a sofa, Dorothy Sayers' mysteries and a spaniel for company on long days. After two children her husband had no need for her body, which then ballooned or shrank  depending on her ingestion of an ugly orange pill, unforgettably called  Appetrol.    I want to die, her fit daughter prays, with at least one second more than she had, though convinced  that pulling back from competition is a practice that provides too many kindnesses to name. © 2015 Barbara Berman                      San Francisco, California      Barbara Berman, photo provided       * * * Middle of Traffic One
Post a Comment
Read more
More posts