Showing posts from 2021
Show all

As with most situations in the complexities of life, it is time to plant a new foundation. 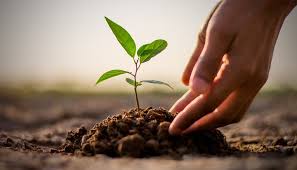 Raw. Intriguing. Not Censured. Reflective. Captivating…and more. The next issue of aaduna will be available in the coming weeks. The fall/winter 2021-22 journal will be in “exile” and situated on aadunanotes.blogspot.com, a process continues how the last issue was sited. The current presentation platform can no longer support ten years of content, art, and photos; plus, the site has been hijacked and hacked twice (the latest by digital rogues who could not be globally located.) So… After several months of strategic discussion, in January 2022 we will start the design concepts, formatting and getting the new site functioning for unveiling in fall 2022. As with most human endeavors, the ongoing pandemic continues to have an impact especially for a volunteer-driven operation. So… Check out “aadunanotes” whenever you can. Contributors for the next issue will be announced in December. Get ready.     <><><>   aaduna   -  an online adventure with wor
Post a Comment
Read more

JOIN US at THE SEWARD HOUSE - October FIRST FRIDAY!!!!!

bill berry, jr., CEO/Publisher aaduna bill berry will share personal dynamics of being “mad” within the conceptual framework of race, culture, societal acceptance and   trying to be hu man  in 21 st  century America. He will read his performance piece, “The Intricacies of a Madman” premiered at the Auburn Unitarian Universalist Society in his not too distant past. “Madman” will be supplemented by his essays, “The Artificiality of Celebration,” “A Different Face of Diversity” and a few of his most irrelevant, biting prose/poetry meanderings such as the “Unforgiven.”    Karen Faris Karen Faris, poet, writer, and mixed media artist based in Rochester, will read from her 2020 chapbook,  The Death of Compassion , as well as present her performance poem, “Sermon From the Mountaintop.”   Karen delivered this work as part of the restaging of Anna Halprin's “The Blank Placard Project” led by Rose Pasquerello Beauchamp from the University of Rochester's Dance and Movement department.
Post a Comment
Read more
More posts