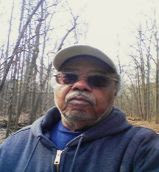 Published in Rockford Kingsley's   "e-viewpoints" August 2011 edition Frank Gladden My conversation with Mr. Gladden is now available for your look-see-read.  An accomplished writer and witness to this country's development in the late 20th century, as well as the start of a new and then second decade, his interview provides a glimpse into his world of characters and creativity. Pass the word.  Read Frank's words .   "Pieces" featured in aaduna's Premier Winter 2011 Issue
Post a Comment
Read more
More posts