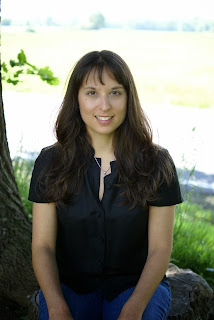 aaduna featured Christine Green’s work in all three literary genres: poetry, fiction and non-fiction in the spring/summer 2011 issue, a feat not yet duplicated. The journal re-visited with her when her poetry was published in the winter/spring 2013 Second Anniversary issue.Christine has also participated in aaduna-sponsored readings in Auburn and Rochester, NY.
Here is a brief excerpt from her continuing journey as a writer, promoter of the written word and literary activist.
Katherine Weston, owner of DifferentPathArtGallery in Brockport, NY, first began presenting literary readings in August of 2010 in conjunction with the opening of her gallery. At that time, Tom Holmes hosted and organized monthly readings. When Holmes moved away from Brockport, Christine Green took over hosting responsibilities.

Green has been organizing, presenting, and advertising the reading series since September 2012. She searches out, and interviews potential readers and works with them to create a monthly tw…
Post a Comment
Read more

A Change Gon’ Come…sooner than later! 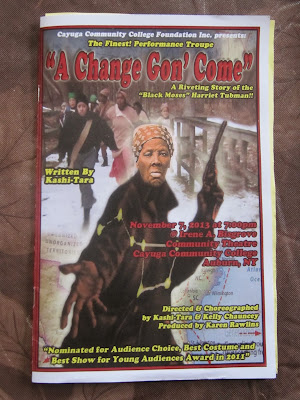 Auburn, NY crackled with the spirit, vitality and legacy of Harriet Tubman as the Harriet Tubman Boosters Club in partnership with The Seward House Museum and Women’s Rights National Historical Park kicked off its “Harriet Tubman: No Longer Underground” Symposium from November 8-9, 2013 at Cayuga Community College.The symposium championed several noted scholars and authors who spoke about their latest research on Tubman; provided programs for educators to enhance their school curriculum offerings regarding Tubman, as well as site visits and tours to the Tubman Home, SewardMuseum and National Women’s RightsNationalHistoricalPark.