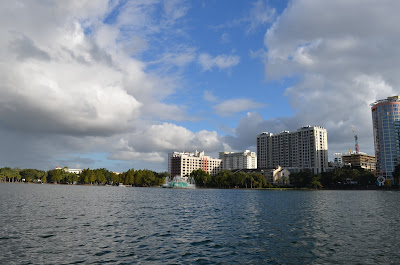 Some people believe when there is physical death, the deceased spirit journeys through the physical world recounting its life; resolving what his or her life meant, and observing the aftermath as others deal with that person’s transition from one dimension to another one. Some people say that exploration requires a few months, others accept that this passage takes a year.  My brother, Leonard, was cremated on October 13, 2015 after he lost his life in a tragic car accident on a darkened Florida roadway in mid-September of last year. After his year of exploration during which his cremains rested in a parlor room of our Auburn, NY home, as promised, Lisa and I laid him to final rest in a submersible urn on October 13, 2016. He was rested in an area of downtown Orlando, Florida where he spent time; trusted the people; enjoyed the environs of a park and lake, and where he celebrated the magnificence of life and his involvement in the complexities of humanity. On that af
12 comments
Read more
More posts