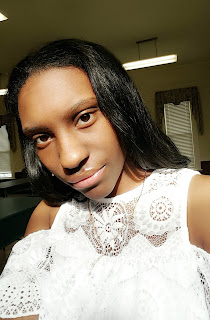 Hands. my hands. my hands are cold and blue my heart is a vibrant red racer. my skin is pale but my cheeks are stained deep with her lips. she kissed me and i became a beautiful shade of emotion. my hands are cold and blue but my heart is filled with gold longing for her fire bright eyes. my head is a squalid rock but i focus all my attention on her image; my soul burns sweet with her in thought. my hands are cold and blue but she doesn't seem to mind. © 2017 Selena Oquendo                     Rochester, New York    Selena Oquendo (photo provided) * * * ACROSS THE BORDER    (My uncle lived on a ranch in Northern Mexico) We called it simply “across the border.” Another world, No plumbing Just a large porcelain bowl, A bar of Ivory soap Floating in warm water That clouded to thick white, My sister and I new princesses Bathing in milk. No electricity Just oil lanterns That made us evil, Painted us
Post a Comment
Read more 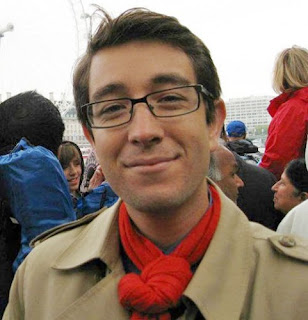 Untitled Say there's a boy that has two dreams, one concerns business, one fishing in streams; but which is the more real my friend? A wolf licked an Eskimo's blood-covered knife, licked it till it cut-up and bled out its life; but are wolves' impulses wrong my friend? I saw a terrible play with a terrible end and horrid lines no writer could mend; but do you think I missed the point my friend? Someone opened a door and let a dog in, unaware of where most strays have been; but what is real kindness my friend? One hundred slaves wept at their fortune, united, killed the tyrant, and began to run; but don't they still work for their livings my friend? I found a pocket watch in a patch of tall grass, hoped selfishly, watched centuries pass; but weren't we told time heals wounds my friend? © 2014 Christopher Gorrie                  San Diego, California Christopher Gorrie (photo provided)
Post a Comment
Read more
More posts