“That’s All Folks”…at least for this season! 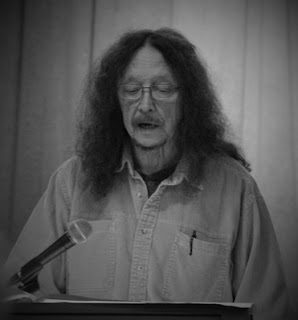 The guest blogger is the indomitable Ron Van Nostrand.   Ron Van Nostrand, Publisher/Olive Trees and M.C. "word, revisited"  Photo credit:  Debbie Stewart Cleveland It was a magical Thursday evening for all who attended the last ‘word revisited’ program of 2018. Three readers treated the audience to their stories in poetic form. The trio known as “peeps,” the name inspired by one of their poems about ‘chicks that click,’ consisted of Sue Scolaro, Janet Graham and Patricia D’Agostino. They were introduced by Bobbie Panek, who is the fourth member of their monthly poetry group. Sue Scolaro, Patricia D'Agostino, Janet Graham, featured poets, "Word Revisited," November 8, 2018  Sue started off with poems about kayaking into the wild, another poem about the sacredness of the wilderness, the story of her father’s orchestra and the comparison to the band who now rehearses in her basement, a vignette about the moon, and a piece about the gingko bi
Post a Comment
Read more
More posts