The Season of Merriment and Making Joy 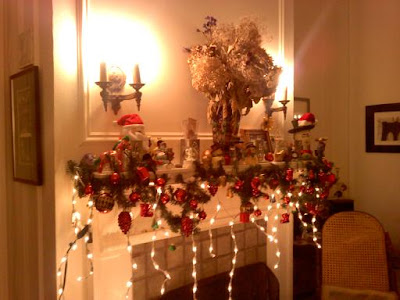 Well, winter has officially arrived.  A good number of holiday shoppers appear to be still holding out for even deeper discounts.  The federal government is at an impasse with many elected officials deciding not to "hear" the wishes of most citizens, and we at aaduna are busy trying to settle the First Anniversary/winter 2012 Issue.  And overshadowing all of this mundane stuff [rightfully so] is the Season of Giving and Sharing with Hanukkah moving through its cycle; Christmas on the way immediately followed by Kwanzaa, New Year's Eve celebrations and Festival of the Three Kings. It is a time for festivities and enjoying family and friends.    Cleopatra & Cairo - aaduna resident sphynx cats With that said, I will wait and talk about  aaduna  stuff next week even though I am excited about what we are up to. Lisa and I, joined by our colleagues, extend our wishes for a festive, gracious, peaceful and safe Holiday Season to everyone. And make sure you get som
Post a Comment
Read more
More posts