bill berry, publisher, and CEO of aaduna shared his dynamics of being “mad” within the conceptual framework of race, culture, societal acceptance and trying to be human in 21st century America. Reading from his performance piece, “The Intricacies of a Madman,” bill supplemented that work with his essays, “The Artificiality of Celebration,” followed by “A Different Face of Diversity.” bill also offered up short news briefs that addressed the achievement of African American woman judge, Saundra Brown who serves as the Senior Judge of the U.S. District Court for the Northern District of California; Albert Einstein’s view on racism as a “disease of white people” articulated at Lincoln  University in 1946; the defacement of George Floyd statues in NYC and New Jersey by members of the Patriot Front, a “white supremacist group,” and the 2021 return of Waterfront California beachfront property to the descendants of the Bruce family that is now worth over $75 million dollars. As with many Black families, the land was “stolen” from them by the local government’s use of imminent domain with the assistance of the Klu Klux Khan that deterred the potential of generational wealth for Black folk who were the primary guests at Bruce Beach up to 1924. Current governor of California, Gavin Newsom signed the documents that returned the land to the rightful owners. 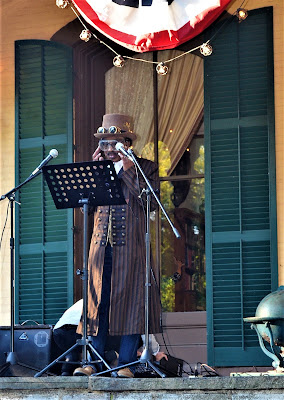 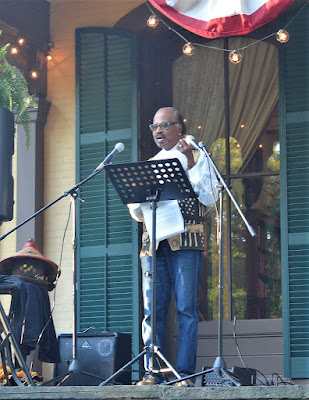 Karen Faris, Rochester, NY based poet, writer, and mixed media visual artist presented her performance poem, “Sermon From the Mountaintop.” She delivered this work as part of the restaging of Anna Halprin's “The Blank Placard Project” led by Rose Pasquerello Beauchamp from the University of Rochester's Dance and Movement department. Presenting other work that intrigued and moved the audience, she also read from her 2020 chapbook, The Death of Compassion, printed in partnership with aaduna, Inc. A perennial fan favorite, Ms. Faris did not disappoint with her riveting and poignant stage presence. Faris can be reached at karenfarisauthor@gmail.com. 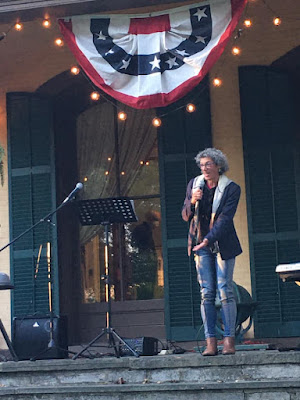 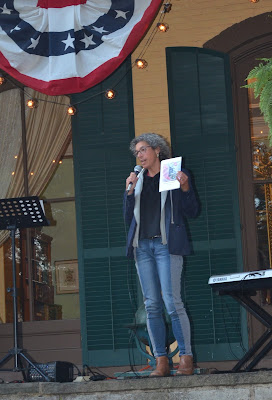 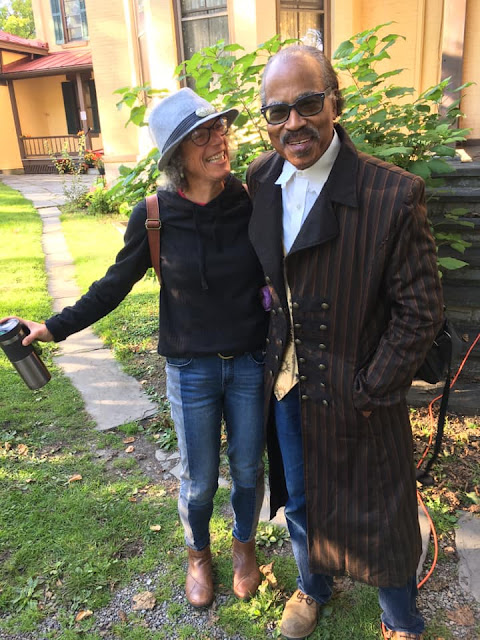 Berny Williford, master keyboardist and vocalist provided the rhythmic grooves that soared through various idioms of musical tapestry. His originality and interpretation of R&B and jazz classics provided the perfect musical archway for a pleasant autumn evening. Platformed on the museum’s South Porch, words and music created an enjoyable evening for those in attendance and Berny’s musical renderings complemented the ambiance of the garden setting and the lyrical and empowering words steeped in poetry and prose.

Under the late afternoon sunlight and fall crisp air, October's First Friday was a delightful affair of words and music, music and words. We thank the staff at the Seward House Museum and all who attended this wonderful event! 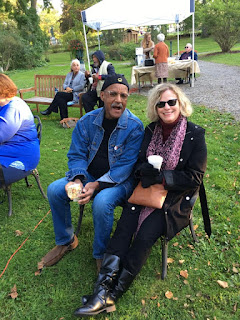 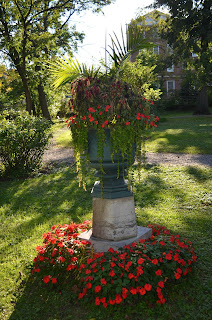 aaduna - an online adventure with words and images - a globally read, multi-cultural, and diverse online literary and visual arts journal established in 2010.