If you are hip and in the know, you know where Chocolate City is and why it was so aptly named.  And you may remember the "title" burst on the “mass” public scene in 1975 through the creative efforts of a record company and hipster musicians.


Yeah, 1975. Forty-four years ago, Casablanca Records (if you were into dance/club/disco music there is a Casablanca record harboring dust mite in your vinyl record collection) released a LP from the innovative funk group, Parliament. And while Funkadelic was not associated with that LP, “granddaddy” George Clinton provided rhythm arrangements and vocals along with bassist supreme, Bootsie Collins and keyboards and synthesizers were held down by wizard and funk genius, Bernie Worrell along with a zany bunch of expert musicians.


The music rung true to the essence and spirit of Chocolate City. However, that place was best known to most everyone as Washington, DC…Chocolate City! 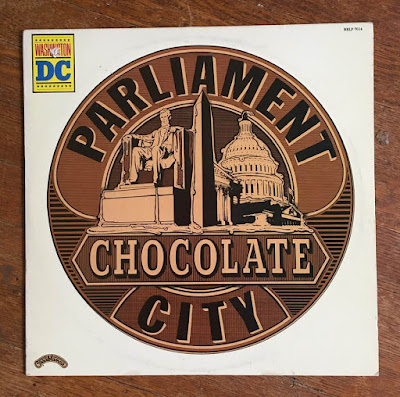 So why are we revisiting our “CC?”


Writer, copywriter and storyteller, Mr. Clermont’s short story in the next issue of aaduna is captivating.

Here are the opening paragraphs to Alex’s “The Precarious:”

Last week, I told Sara, my social worker, that people are animals ruled by their brain stem, and that I'm no good at self-control.


Connecting the two seemingly separate thoughts she said, “I don’t think that’s very true of people in general, or you in particular. Victor, you’ve resisted a whole lot of temptations in your life, and because of that, you’re still alive. You’ve got the willpower of a hero.”


To what end? is what I wanted to ask. Though I didn’t. I only told her about my group meetings for the past month. She took notes and asked questions where appropriate. As well-meaning as she is, as well meant as her words were, I think today will be the day that I prove her wrong, because getting high again is all I can think about.


A resident of the southeastern part of Chocolate City, he invites you to read his short story “No Hiding Place” that illuminates the story of an immigrant family’s personal stories and political histories.


Get prepped to read “The Precarious” coming soon via aaduna.
http://www.aaduna.org