There was a time in New York City’s “recent” history where that borough was seen has a wasteland where certain neighborhoods were marked as criminal, violent and generally unsafe for people to live there and businesses to thrive. Manhattan was the mecca, the jewel of NYC.


Now, Brooklyn in the 19th century was a city that eventually was annexed by NYC when the Brooklyn Bridge was designed and built. Even back then, it was a thriving amalgamation of people and cultures and did have its share of urban blight and neglect by governmental authorities. In more modern times as rents skyrocketed in Manhattan, certain neighborhoods in Brooklyn close to the  Brooklyn and Manhattan bridges became an alternative to Manhattan and a new “mecca’ for young urban professionals and the resulting gentrification. Other neighborhoods were a mecca for creatives, especially visual artists, due to cheap rents and convertible studio spaces even if those spaces were in less then livable buildings or continued to be overlooked because of the race or culture of the historical residents If you know the loft and abandoned warehouse history of Soho and subsequently Noho, you will have a good sense of certain aspects of Brooklyn's evolution.


Flash forward to the 21st century. 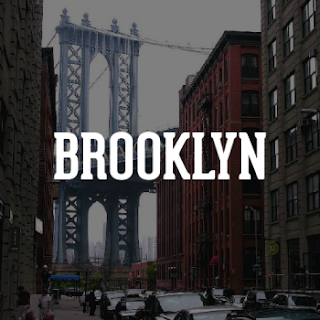 Brooklyn is thriving; neighborhoods long overlooked have been revitalized. Excitement, vibrancy, and a borough-wide pioneer in all facets of residential living and unique, specialized commercial endeavors, Brooklyn 2019 is a re-energized landscape.


And the diverse, multicultural creatives in that borough have continued to captivate and enthrall those folks who remain willing to travel to that borough to hear, see, or just experience the ambiance of imaginative work that pushes boundaries with verve and swagger.


Jennifer Celestin is a Brooklynite and she has verve and swagger. Period.

Jennifer Celestin is a prime and exemplary example of creative explorations and intriguing themes that shape and differentiate her work and in that regard, the richness inherent in her community.
Jennifer Celestin’s poems will be in the coming issue of aaduna.

Jennifer is that special, her voice so enriching…you need to experience her work in its entirety.

Teasers will not do her poems justice.