Her words seeped into our consciousness; soared our understanding to new heights; took celebration to another level. Her words brought new meaning to Nature and its glorious radiance. She made everyday existence of ponds, insects, vegetable gardens, birds and the melodies of the night, chipmunks, turtles and the graciousness and dignity of aging to emotional levels of reflection. And she cast childhood in Nature’s arena with a gentleness of adulthood sensibilities grounded in remembrances. 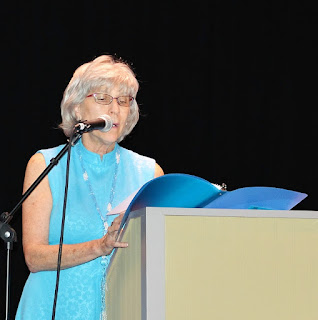 Bobbie Dumas Panek closed the spring 2017 season of “word, revisited” sponsored by The Cayuga Museum of History and Art, Olive Trees, and aaduna at Theater Mack with sublime grace, dignity, and a spirit of sharing. And we applaud her reading as the featured speaker and ongoing commitment to the “word.” 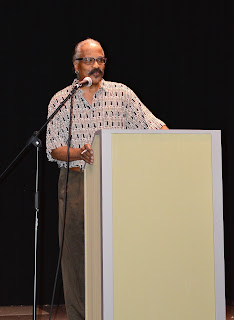 When bill berry (who emceed the session) brought closure to the evening, audience members stayed in their seats to converse with tablemates or quietly sought out readers or purchased books, and just continued to create the sense of “community” that is one of the goals of “word, revisited.” Eventually, lights had to be turned off and on to give the signal that it was time to go! And conversations continued in the parking lot. The power of “words” and the embracing of community. 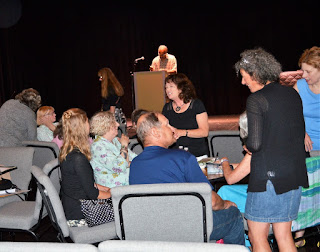 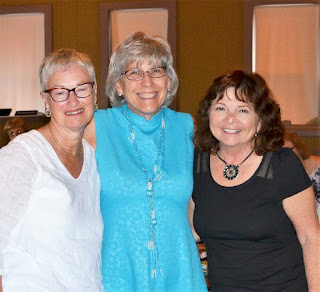 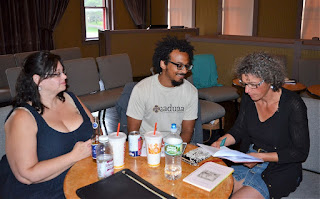 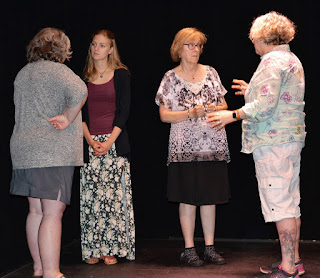 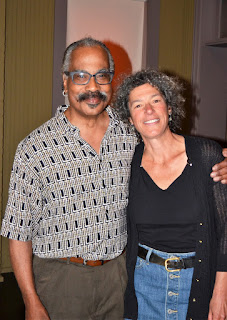 “word, revisited” will resume in the fall, and several of the open mic readers this evening will be featured speakers such as Heidi Nightengale, Patricia Schwartz, Dan Cleveland and Jim Ellis. Rachael Ikins was a reader at the recent aaduna May 2017 fundraiser, and (I hear) may be a featured speaker for “word, revisited” in 2018. And aaduna is working with Karen Faris on her future projects, and hopes to provide a public platform for Horn and DeBolt in the future.

One enchanting evening…made possible with so much appreciation to Lisa Brennan, Eileen McHugh, Kirsten Wise, Julisa Stone, Ron Van Nostrand and audience members who keep the flame of literature bright and enduring. And applause to our readers, especially Bobbie Dumas Panek (featured speaker,) and Horn, Cleveland, Nightengale, Ikins, DeBolt, Faris, Schwartz, and Ellis. They brought significant meaning and strong messages to what we casually regard as open mic!!!! So…

One enchanting evening will resume in September 2017.