How Time Flies...when you are having fun. 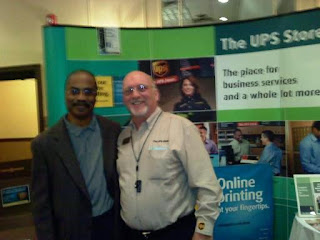 Bill Berry with Glenn Churchill, Franchisee/The UPS Store Auburn, NY who exhibited at "Market Cayuga" trade show held at the Holiday Inn on November 10, 2010
Last Wednesday, November 10th, I represented aaduna at the Cayuga County Chamber of Commerce Business Expo.  I met several "influencers" who have already provided valuable network info, as well as access to artists and leaders of local cultural institutions.  Before leaving, I had the opportunity to meet and chat with the Superintendent of the Auburn Enlarged City School District, J.D. Pabis.  He encouraged me to reach out to a contact at the Auburn Education Foundation in case teachers want to write grants to support the aaduna literacy initiative.  I will provide more about this initiative in the coming weeks. 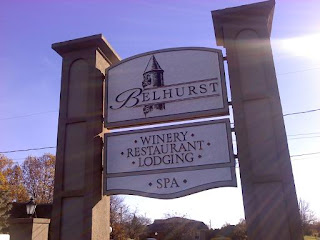 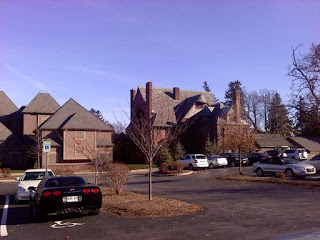 This past Friday, November 12th, I took Lisa and my Mom for lunch at The Bellhurst Castle, located  in Geneva, NY along Seneca Lake.  I posted several "Call for Submissions" flyers.  Later in the day, I talked to the management, and placed aaduna "Call for Submissions" postcards at the Book Warehouse, a retail bookstore in Premium Outlets, Waterloo, NY.  On Sunday, placed additional cards at the Auburn's Downtown Books and Coffee (and pre-ordered James Patterson's Cross Fire...maybe another Morgan Freeman film where he recreates the Alex Cross character.), and placed "Call" cards at Creekside Books and Coffee in Skaneateles, NY. 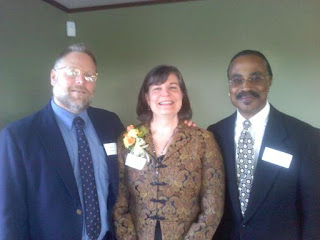 Later this afternoon, I met and chatted with the Carey Eidel, Managing Director of the Auburn Public Theatre while at the local UPS Store.  He plans to share aaduna info with his wife, Angela Daddabbo, Artistic Producing Director of APT (She produces the monthly poetry jam/reading at the theatre), as well as other poets who have started local poetry readings.  We briefly talked about possible future collaborations.

In closing, kudos and rounds of applause are sent to BOA member and friend Sheila Applegate.  Sheila received a nomination for, and then won a NAMMY for "Best New Age Album" at The Native American Music Awards held on November 12th in Niagara Falls.  Her CD, Enchanted Garden was a collaboration with Joanne and Leah Shenandoah, and is an highly recommended inspirational piece of creativity and wisdom.

Congratulations to Sheila and Cynthia.  Their creativity, insight, and graciousness are motivational sparks for me and aaduna!

Time does fly when you are having fun.