Is this the Season of the Witch? 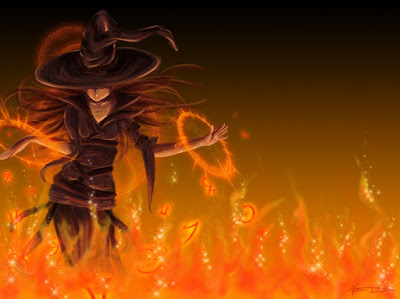 Once you peek through the door or window, and see something that tantalizes your spirit, the expected reaction is to push open that access point a little more…to see more…hear more….


Here is that opportunity from the forthcoming issue of aaduna.

Instead it was hot and dark and smelled like sewer
Stuff when the basement flooded and sludge reeked in the house.
We cried for food until no more tears would come
And Mama tried to feed me from her breast,
But fear had ravaged even that most pivotal of meals.

Never again, again and never
It seems such a long path now:
I follow it down to the water’s edge
Picking my way across the rocks and
Debris that collected
In the wild flowers that grow there
Die one day, live on the next/die the next day

Tiffany L. Fuentes travels our mindset with this excerpt from her story, “Something Mean”


Adam wiped a water droplet from Mina’s forearm.  The was high and misting their bench in the breeze.  It was July 6, 2006.  Cars riding the FDR hummed above as they sat quietly.  Yesterday’s downpour had washed away most of the gun powder party junk from Fourth of July and left the river high.  Explosive scraps of what used to be colorful fireworks were now saturated and stuck to plastic containers and other garbage.  Stuff spilled out of the city’s rusty metal bins to join the current that raced for sewers, but in a city like , puddles stretch across intersections before they make it underground.  Mina slipped her foot from her sandal and moved it closer to Adam.  She was always doing things like this, his side of the bed, bench, it didn’t matter.

Todd Foster’s visual images will enchant and bring you to a different place in time:


We are gearing up to bring you our next issue...your patience is a blessing to us at this moment in time.

The upcoming summer/fall 2015 issue is soon to be launched... Get ready!