Kickin’ Off a New Week 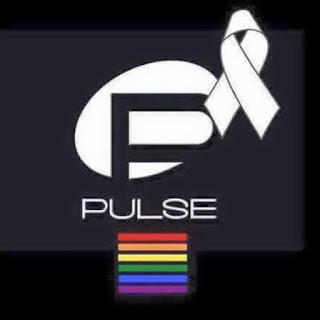 Many of us approach Mondays in one of two ways.  We take a laid back approach so we can recover from a hectic weekend.  We move around our tasks a bit slower because our minds are still recalling the adventures of the weekend.  And then they are other folk who take a manic stance on Monday and try to put “all the ducks in a row” with a listed, written plan so we can check off completed tasks as soon as possible because those responsibilities are plaguing and causing turmoil in our minds.

Unfortunately, this particular Monday, many of us will reflect on the “terror and hate” that took over a nightclub in Orlando, Florida this past weekend.  And it is safe to say that Americans and the majority of the global community embrace the families and friends who lost loved ones, and remain committed to finding strategies to prevent another such horrific attack from occurring in this country or any other place in the world.

We shall always remember “Pulse.”

As we stand with the Orlando community, we understand and recognize that “art and culture” often offers solace to dire situations that might prompt us to despair and give up hope.  Often, reading literature enables us to transition to different realms of existence and provides a safe haven for our spirit to rest and recuperate.

Caitlin Delicata' Alvarado is an emerging writer who brings a gracious humanity and understanding of the people’ spirit to her fiction.  We are pleased to share a part of her work especially on this Monday, June 13, 2016.

This excerpt is from the opening to her story, “Scratching the Surface:”


The shiver pricked along my arms as we touched down at the Honolulu International Airport in the middle of one those almost-too-sunny June days that comes just after a thunderstorm.  The kind of day where everything feels fresh, new; at least, I’d heard they were supposed to feel like that.  There was this mist hanging around that the sun shone through and made rainbows in over the wings of the plane.  While we were circling the island, prepping to land, Molly pressed her pointed, little nose against the window and looked out at the patchwork of darker and lighter blues made by the reef.  Every once in a while a wave would cut across the quilt, leaving a long white scar wherever it broke.
“It’s a whole other world,” she said, and I just felt stiff.
“I’m not going in the ocean,” I’d told my parents before we even left home.  “You know I don’t do that.”
“It was a whole other ocean,” Dad said, trying very unsuccessfully to “help.”
“Mark, that’s not going to change his mind,” Mom cut in as she folded a t-shirt around the camera in her suitcase.  “Chris, you’re going to be eighteen this summer, so you can figure out some things to do by yourself while we all go to the beach.”
“Fine.  I can’t believe you’re letting Molly swim in the ocean.”
“Darling, Molly’s almost thirteen now.”
“Exactly,” I said.  “She’s not even thirteen.”
“Your father and I will both be with her the whole time and there are lifeguards all over.  Everything will be fine.”
“It was an accident that happened a long time ago, bud.  You can’t let it paralyze you forever,” Dad said with his palms opened toward me.

*   *   *
aaduna - a timeless exploration into words and images - is a globally read, multi-cultural, and diverse online literary and visual arts journal established in 2010.  Visit us at www.aaduna.org where we put measurable actions to our words.