The Very Thought of You


The Very Thought of You

As I reflect on “The Very Thought of You,” I surmise that “you” can be used to suggest a single individual or the universal “you” representing a group, a gathering, community, or collective of individuals. As a song, the lyrics were written and sung by Ray Noble, but the classic lyricism and emotional laden quality of the words found other expressive voices such as Frank Sinatra, Nat King Cole, Doris Day, Kay Starr, Sarah Vaughn, Rod Stewart, Billie Holiday, Etta James, Elvis Costello, Johnny Hartman, Nancy Wilson, Tony Bennett and probably countless others.

So, position “word, revisited” as the ‘very thought of you,’ and apply the universal use of you and its impacting ambiance.  The 2017 literary season is over. Jim Ellis and Dan Cleveland brought closure to a spring and fall literary season that heralded the “word” in all its myriad, captivating and wonderful usages.  These two gentlemen represented poignant styles and delivered impactful words that flowed throughout the evening. Their pleasantness, graciousness and embracing spirit elevated the closing reading to a celebratory level.

But do not just take my word.  Poet, author, and artist Rachael Ikins states...
To quote Jim Ellis, “Poetry is blossoming these days.” Having read as an unknown poet to an almost empty room many times, I can honestly say how wonderful to feel so embraced by community here. Due to such support, I took risks and grew as a poet/author and truly feel ”word, revisited” is "home.” Thank you!!!


The closing evening was emceed by poet, writer, musician, songwriter and one of the sponsors via Olive Trees, Ron VanNostrand who was cited as being entertaining. His thoughts… 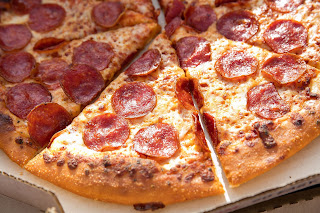 Pizza and People and Profound Ponderings equal a Poetic Party. And there was one at the Carriage House behind Cayuga Museum on Thursday, November 9th, as Jim Ellis and Dan Cleveland took the podium. A record setting crowd was in attendance as Jim read selections from his own body of works and other poets he has found to be excellent in giving voice to the needed discussion. Dan played some of the songs he had written and read some of his poetry. They were followed by a short Q & A. A break ensued as the crowd ate pizza provided by the artists, and talked amongst themselves.

Following the intermission Elinor Cramer, Rachel Ikins, Joe Sarnicola, Heidi Nightengale, Laura French Williams, Pat D’Agostino and [me] read, joined by newcomers Pam Freeman and Theresa Motz. The work ran the gamut from serious to just plain silly. A good time was had by all and they were left wishing that this season didn’t have to end. "It's become a community," someone was heard saying.


This literary series and its founding season was made possible by Eileen McHugh and Kirsten Wise of the Cayuga Museum of History and Art who welcomed us every 2nd and 4th Thursday into the Carriage House Theater; Ron VanNostrand (Olive Trees) who helped enable a fledgling audience to grow with each reading and contributed his poetic work as a featured speaker and open mic regular; Lisa A. Brennan who documented almost all of the sessions with her pointed photographic vision and who creatively shaped the marketing efforts of the third partner, aaduna. Supported by bill berry, jr. who shaped aaduna’s annual fundraiser to be a significant part of the “word, revisited” inaugural season.

And then there is the growing audience of literary and poetry-driven aficionados who celebrate the “word” in their personal interests, in their desire to write and share their work with the public as contributors to the open mic sessions.

The program, "word, revisited," has been church for me. The association of people from Auburn and across the state with a like mindedness for the power and change that words create and inspire have become my "congregation." It is thrilling to experience first hand (first ear) the talented readers. The open mic portion has often broke a hole through to my heart to take in the love, spirit, joy, aches and wonder of these writers and poets expressing the experience of being human at this time in humanity.


My first, and so far only, participation in the open mic portion of "word, revisited" has inspired me to further explore the recent realization that I am a poet. The experience of reading in front of the kind and accepting audience at "word, revisited" has helped to open the floodgates that have heretofore held back the swelling sea of ideas in my head and get them out onto paper.


I wouldn't have missed the Jim and Dan Show for anything. It was a wonderful evening of words and music to close the season.

- Elinor Cramer, poet with a recent chapbook, Mayflower (published by Red Bird) and a full length collection, “She Is a Pupa, Soft and White” published by WordTech Communications in 2011