The Harlem Ladies (and Gentlemen) are back!


And aaduna will once again, for the fourth time, herald and honor the lasting legacy of the Harlem Renaissance in Auburn, NY. 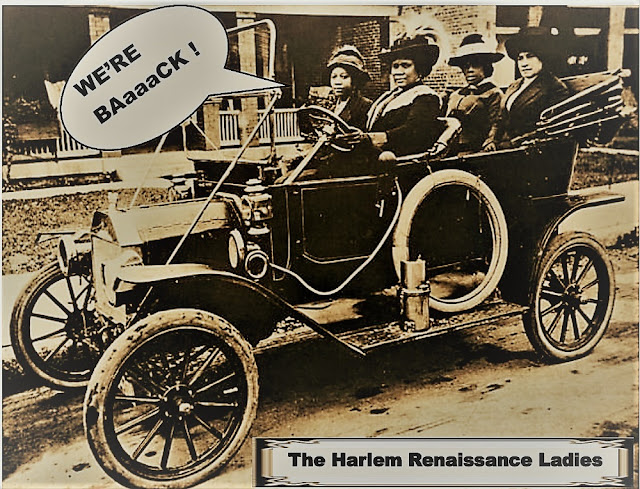 Who would imagine a small, rural, agriculturally based upstate county and small city could support and embrace a pivotal foundation of African-American culture?  Let’s remember that the explosion of Black Arts and Letters that framed the Harlem Renaissance challenged societal concepts of inferiority and co-existence between Blacks and whites.  And while we are not suggesting that the period was necessarily racial nirvana, it did solidify the national and global creative and intellectual importance of Black thought and achievement.

aaduna supports that historical legacy and knows the May 24th “Creative Journeys & Interpretations to Keep the Renaissance Alive” at the Cayuga Museum of History and Art’s Carriage House Theater will be a celebratory fundraising party with words and music.  How do we know?

A lot of people think or accept the adage that “white boys can’t dance.”  Howard turned that notion on its ear last year as he pranced around the stage in his exploration of pioneers of contemporary popular music who impacted his life.  Yeah, those artists have been Black music legends.  Now, follow me on this line of thought.

You need to understand that Howard is a noted scholar who has delved into the lives of literary giants, Walt Whitman and Henry Thoreau.  It needs to be repeated. Professor Nelson is a scholar. So from our perspective, as we ponder and talk about diversity of pertinent creative thought, we poise a simple question. What will Mr. Nelson do this year?  Truth be told, we don’t know.  All we know is that Nelson is BACK! And we applaud and appreciate the fact that he has brought his “A game” to every aaduna Auburn fundraiser since the first one.


All too often, we live next to or know someone who is eventually relegated to “rock star” status when that person is discovered too late to bask in the limelight. We know that person was always a champion and leader in the creative journey that defined her/his creative expression.  So, aaduna, like you, knows such a person.

It was never a thought or a “we need to talk about this” or a programmatic matter under discussion.  It was an unspoken unanimous collective decision. She tore up last year’s fundraiser. It was a decision recognizing elegance and grace. Jackie Warren-Moore had to return for this year’s fundraising iteration of celebrating legacy and creative expression prompted by the Harlem Renaissance.  She agreed. Warren-Moore is back for 2018! 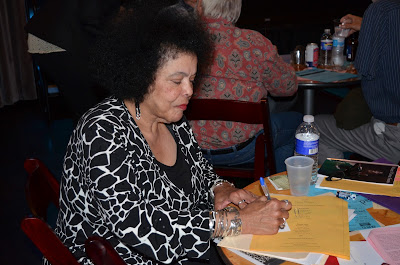 Nelson and Warren-Moore plus the music of Whiting and Quill.  And we are just getting started. There are other creative people, who will grace the museum’s performance space that we will share with you over the next couple weeks. So, what are you to do? Just know…


All previous fundraisers have been sold-out. 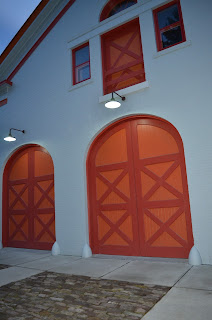 As non-profit aaduna, Inc.’s executive leader, I know I have a vested interest. However, I have enough sense and knowledge to encourage you to secure your ticket(s) sooner than later.  I dislike hearing post fundraiser stories from folks that start out, “I wanted to come but I waited too long.”


Advance fundraiser tickets are $20/person via Pay Pal or check.  You also may purchase tickets from any of aaduna's board members.

This fundraising event is an independent, free standing affair that also happens to be an aspect of the bi-monthly “word, revisited” literary series convened at the Carriage House Theater on the 2nd and 4th Thursdays through to mid- June.  That series is sponsored by the Cayuga Museum, Olive Trees, and aaduna.