When Poetry is Music and Vice Versa…


I am sure you have heard the word “champion” used in reference to folks who extoll and proclaim the value of an idea or planned project.  There are champions in all fields of endeavor, and the creative arts are firmly included.  And in the genre of poetry, there is one who aaduna treasures.


This champion has been a special and gracious guest at all aaduna annual fundraisers for the past four years including this past May where he read the poem that we are presenting on today’s "Avenue." Without a doubt, we appreciate his ongoing support, continuing creative literary contributions, scholarship, and exploration of musical legacies through poetry. We sincerely offer our abundant thanks to... 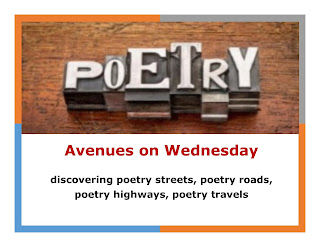 
Glad to hear that Sister Rosetta Tharpe has been elected

to the Rock & Roll Hall of Fame.
It’s a nice recognition to have—
even though she’s not here to enjoy it,
at least not able to attend the ceremony in person.
Nina Simone got in too.
I never thought of her as a rock singer,
but definitions are problematical.
Glad to have her in there too.
Sister Rosetta, I knew about somewhat,
but when she got elected I went over to YouTube,
where you can see just about anything
you might want to see, or so it seems.
If you type in, say, Robert Burns,
hoping to see him reciting in some Scottish tavern,
you won’t find him, though you will find plenty of people
reading and singing his poems.  But Sister Rosetta Tharpe,
by the lucky accident of timing—my God, there she is,
playing her guitar, singing and swaying,
picking and strutting, her eyes flashing.  That is joy.
Her stage presence, her style of singing,
visceral, theatrical, blues, gospel, wonderful.
Check out the one where she is playing
in a train station, in England, 1964.
She comes walking along wearing a long white coat
and high heal shoes, strolling with a handsome
young escort on her arm.  She is about sixty.
When she comes to where her guitar is leaning,
she picks it up and plays on the rain-soaked platform
to the kids clapping along on the other side of the track
“Didn’t It Rain,” and then “Trouble in Mind.”
At one point after a riff she interjects,
“ Not bad for a woman—huh?”
entirely secure in her prowess.
In some of her solos you can hear Jimi Hendrix
getting ready to be born.  I’d like to recommend
a few other songs in addition to those:
“This Train,” “That’s All,” “Up above My Head,”
and of course “Down by the Riverside.”
Up and down, up and down, up, and down.
Sister Rosetta Tharpe is in the Hall of Fame,
not just the one in Cleveland, nice as the honor may be,
but the real one, the one made only of music and time.

Howard Nelson, born in New Jersey in 1947, was educated at Gettysburg College and Hollins College. He moved to the Finger Lakes region of New York in 1970 and has lived there ever since, teaching at Cayuga Community College, an institution he retired from. He is married, has three grown children, and is a granddad. His collections of poems are: Creatures (1983), Singing into the Belly (1990), Gorilla Blessing (1993), Bone Music (1997), and The Nap by the Waterfall (2009. His poems have appeared in numerous periodicals and anthologies, and read on Garrison Keillor’s “Writer’s Almanac.” All the Earthly Lovers: Selected & New Poems was published in 2014. Mr. Nelson’s poem “The Moon” was published in the 20th anniversary issue of Northern Woodlands magazine, and he was nominated for a Pushcart Prize for “Best of Small Press Publications for 2014.” He also writes criticism and essays, and is the author of Robert Bly: An Introduction to the Poetry and editor of On the Poetry of Galway Kinnell: The Wages of Dying, and Earth, My Likeness: Nature Poetry of Walt Whitman. He contributed to Walt Whitman: An Encyclopedia. He is a member of the Thoreau Society, and his recent pieces on Thoreau have appeared in The Thoreau Society Bulletin. Professor Nelson continues to read at several venues throughout the United States, and is a frequent reader at local and regional community literary events.