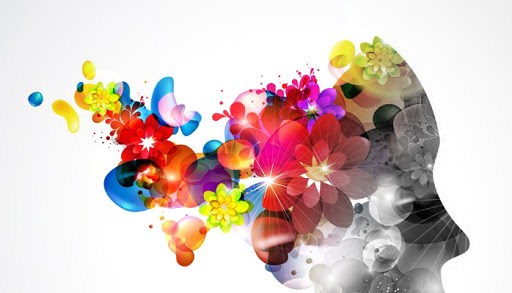 For those of us in the United States and sister cities around the world, there is tension and perilous conditions. Usually the culprit is Covid-19. For the past several days, it is the murder of George Floyd.

For social justice activist creatives, known as cultural workers, this is a challenging and tumultuous time.

At aaduna, we have witnessed atrocity on a fellow human being; the growing health pandemic and an unexpected hack that shut down the aaduna website. While the website has been regained and we are working to assess any virus damage to files and contents, we are also witnesses to peaceful protests; unexplained actions by police who are suppose to protect First Amendment rights and a resurgence of “law and order” sentiments that for significant segments of American society is code for more brutality on Black folks, as well as others who seek to take to task authority that have abandoned appropriate bounds of human decency. So, within that milieu…

We are working to fully re-establish our publication platform and then we will recoup the lost time to finish mounting the pending 2020 double issue.

We stand with our 2020 contributors and will continue to present their “bright moments” of creativity and enlightenment. We will use their brilliance to mark our way out of a dark and troubling time in America and throughout the world.

Here is another sneak peek at what readers can look forward to in the next issue.

Khatoon walked into the room and was welcomed by the familiar stench of stale urine. Covering her nose with her shawl, she used her left hand to slide out and carry the aluminum can into the nearby bathroom. Staying literally at arm’s length but bending just so to avoid any splashes, she dumped the contents. Then, holding her breath, she used her right hand to lift the handheld spray from the hook on the wall, swished around some water in the can, poured it down, flushed the toilet, stepped out, and reinserted the aluminum pot, finally exhaling.

All morning in cold December sun after days of rain,

over and over the wild geese swarm, a cacophony

of  joy here in New York's center, with its hand-print

of lakes, where wide wings take them into light

that burnishes breasts, between two sanctuaries.

Their wave of return always happens around four,

just before the curtain of black falls, fast and completely—

You may know that April was Jazz Appreciation Month. It was also National Poetry Month. aaduna continued its annual tradition of presenting poets and their work, and did a cursory mention of JAM.  However, during April, we decided to present a series of jazz essays in the upcoming issue to salute an American and African American derived global artform…jazz. One of our contributing editors voiced ten jazz essays. He is an excerpt from the first essay.

Essays In A Mellow Mood

- a personal exploration of my top ten jazz recordings - 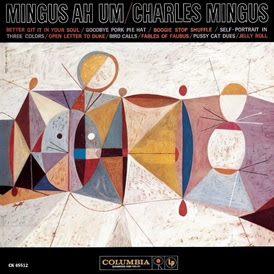 “In other words, I am there. One man stands forever in the middle, unconcerned, unmoved, watching, waiting to be allowed to express what he sees to the other two. The second man is like a frightened animal that attacks for fear of being attacked. Then there’s an over-loving gentle person who lets people into the uttermost sacred temple of his being and he’ll take insults and be trusting and sign contracts without reading them and get talked down to working cheap or for nothing, and when he realizes what’s been done to him he feels like killing and destroying everything around him including himself for being so stupid. But he can’t – he goes back inside himself.”

Arguably the most personally significant record on the list, Mingus Ah Um has come to resemble a sort of “magnum opus” on Mingus’s part. It stands as a Homeric epic spanning the entirety of the nineteen-fifties, that seems to embody every mood, hot and cool, of mid-century America and the assortment shadows cast across its furrowed brow.

Mingus Ah Um is as imperative to jazz as Pet Sounds is to pop – an innovative and unorthodox experiment in sonic bliss…a compact and cohesive cycle of waxing emotion not always fathomable, but intrinsically of value to any listener. A stylish pendulum swaying back and forth between wistful nostalgia, docile and melancholy, to lively reawakening and glory in the eye of a man as conflicted and controversial as he was revered.

We will continue to work with diligence and purpose to get the 2020 aaduna double issue platformed and launched. While it is difficult to set the exact date, we are coming…soon. We will keep you updated via this blog.

aaduna - an online adventure with words and images - a globally read, multi-cultural, and diverse online literary and visual arts journal established in 2010.  Visit us at www.aaduna.org where we put measurable actions to our words.
Help us build community!  Share with your friends,  "like" our Aaduna-Inc facebook page and follow us on twitter @ aadunaspeaks !