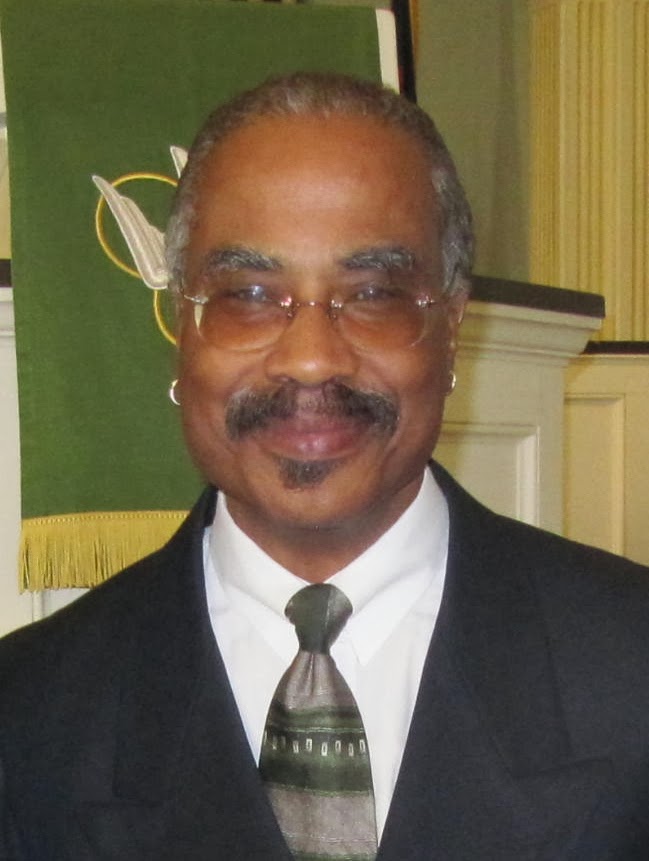 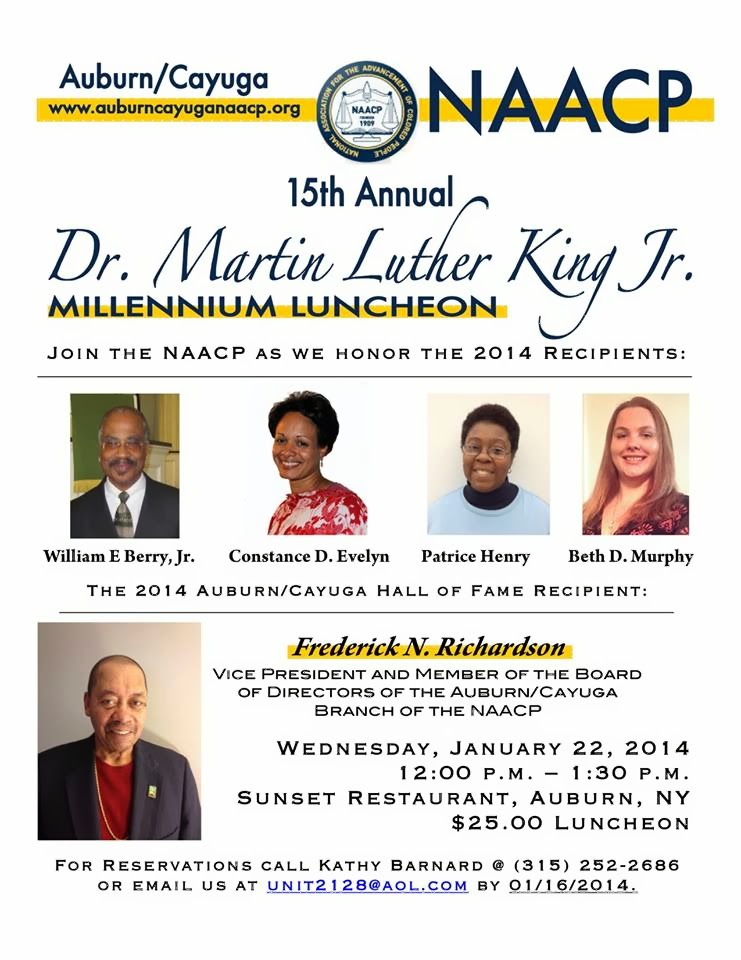 This honor from the Auburn/Cayuga Branch of the National Association for the Advancement of Colored  People (NAACP) will occur on Wednesday, January 22, 2014 at the Sunset Restaurant in Auburn, NY at a luncheon festivity from noon to 1:30 pm.  Celebrating the 15th Anniversary of these awards, the branch will honor Bill along with three other recipients, school superintendent Ms. Constance D. Evelyn, entrepreneur and businessperson Ms. Patrice Henry and community activist and volunteer Mrs. Beth Murphy.

In the spirit and purpose of this award, the recipients have displayed exemplary and committed service to the tenets of Dr. Martin Luther King, Jr.  The awardees, on behalf of his or her community and fellow citizens, must voluntarily demonstrate the ideals of social responsibility, political empowerment, diversity, racial harmony, nonviolence, and selfless service.

The Millennium Award eligibility criterions provide a keen sense of each awardees character since each nominee must show evidence of, and have


At the 2014 Millennium Luncheon, former vice president and member of the Board of Directors, Frederick N. Richardson will be an inductee into the Auburn/Cayuga NAACP Hall of Fame for his tireless dedication to the local branch.

The Branch invites the public to attend.  The cost for the luncheon is $25 per person. To purchase tickets or for further information call the Assistant Treasurer, Kathy Barnard at (315) 252-2686 or email the chapter at unit2128@aol.com by January 16, 2014.

The Board of Directors and Advisers of aaduna, Inc. along with the staff, as well as the journal’s contributors and readers congratulate and applaud bill berry on this achievement.  We trust that he will continue the actions and activities that led to this MLK, Jr. Millennium Award!

Feel free to share comments, thoughts and congratulations for bill in the comment section directly below, or you may email your message directly to him at bill@aaduna.org


Bill, we thank YOU for all that you do to help make this world a better place !